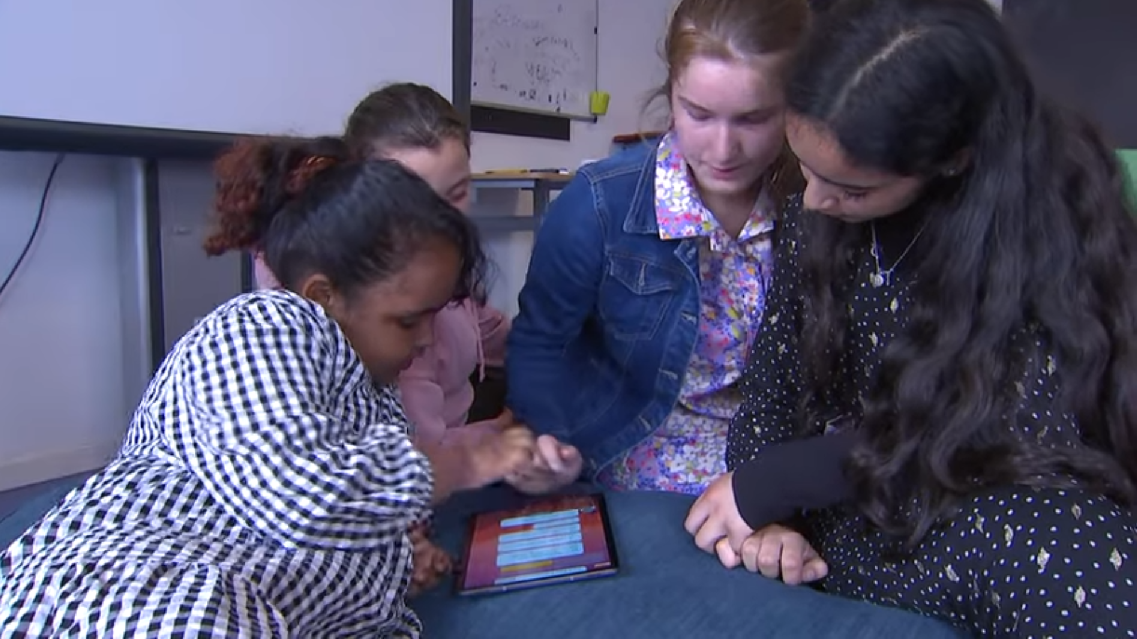 The Belgian news for children, Karrewiet (Ketnet, VRT) has made an item on BabelAR in their daily news programme!

Children at the Piramide school in Ghent were excited to play and tell about their languages and the game BabelAR. They were visited by the Karrewiet TV-crew and VirtuLApp team members Wim Forceville and Thomas Meynen.

” I speak Turkish and Dutch, but my friends speak Arabic and other languages. With this game you can learn about these languages and that’s very nice.”.

Watch the video below!

The language spoken is Dutch, you can turn on the subtitles, also for (automatic) translation.